Top Things To Do In Sydney 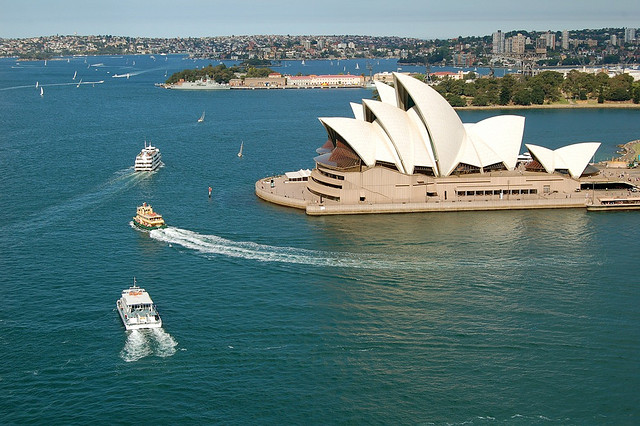 The top things to do in Sydney aren’t top secret. In fact, they’re pretty much a giveaway due to its popularity. Known as the Harbor City, Sydney is the oldest, largest and most developed city in Australia and is one of the most visited in the world. It ranks high on the list of most beautiful and livable cities. Sydney is a hub in the Pacific for business, design, culture, art, history, fashion, boating and cuisine. Hence, when you go here, you’ll not only be greeted by iconic sites, you’ll also be able to join in some interesting activities.

One of things you should definitely do is attend a performance at the Sydney Opera House, a UNESCO World Heritage Site built by Danish architect Jorn Utzon back in the 1970s. Many make the mistake of thinking the opera house only offers performances, but it actually is a multi-use venue that hosts around 1,500 types of gatherings each year, attended by more than 1.2 million people. Around the Sydney Opera House, you can enjoy a multitude of cafes, restaurants, bars and shops. Don’t miss the sunrise here which offers amazing views of the Sydney Harbor Bridge and skyline, it’s magnificent.

To add to the list, you could also consider water-based activities as one of the top things to do in Sydney as it is also where you’ll find Bondi Beach, the setting for many surfing, sailing and swimming competitions over the past few years. This widely popular strip of sand surrounded by suburbs is popular with tourists and locals alike, and is a spectacle to see during the summer. There are plenty of bikini clad ladies, good-looking men as well as pods of whales and dolphins cruising the area!

Don’t miss Rushchutters Bay, a very nice suburb near the city center where you can enjoy a bit more relaxed of an atmosphere, but still being just minutes from the Sydney mix. Rushchutters Bay also houses the d’Albora Marina which is a fun place to hang out and check out all of the amazing boats coming and going.

Now, if these top things to do in Sydney don’t satisfy your curiosity, you could always head on out to Luna Park (a popular amusement park), located in Milsons Point, which has been in existence since 1935. Some of the attractions include the Staple Rotor, which has been operated since the park’s opening, the Skylab Ferris Wheel, which gives you a view of the area from 35 meters up in the air, and the Wild Mouse roller coaster, to name a few. Other hangouts you could check out after are the Taronga Zoo, Sydney Observatory, and the Powerhouse Museum.