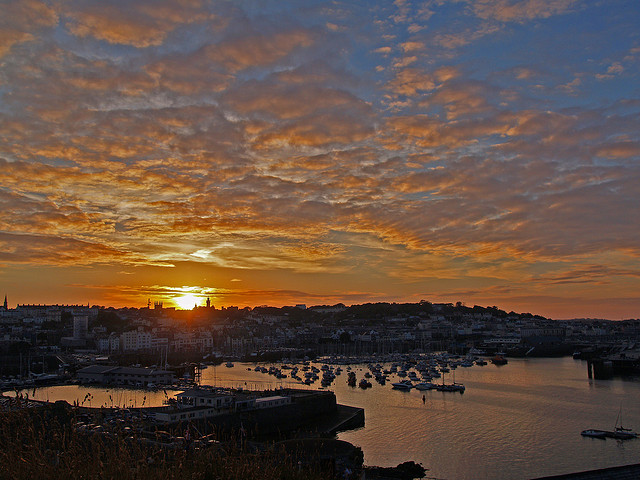 One of the top destinations in Guernsey and Alderney is the town called St. Anne. This is one of the settlements within the Channel Islands that have a very strong French influence, primarily because it was built by French occupants during the 15th Century. The town proper is a very quaint but majestic environment, replete with cobblestoned streets as well as expedient pubs and small shops. Outside the town area one can enjoy cliff treks, windsurfing and fishing.

By comparison, St. Peter Port is a more advanced settlement than St. Anne. This is the main port of the Channel Islands where most of the overseas trade happens, bringing with it its own prosperity. Being a modern town, there are a number of tourist activities available in the area. It has a number of narrow elevations that take one to the breathtaking vantage points of the sea, similar to the cities like Santorini in Greece or Galilee in Israel. With the addition of cycling and cruising, this town has similar activities to St. Anne.

Another of the most historically important of the top destinations in Guernsey and Alderney is located within the area of St. Peter Port. The Hauterville House is very popular because it was the dwelling of the famous French poet and novelist, Victor Hugo. He lived in this property during his exile around the French Revolution era. It was a fate justified simply for being on the wrong side of the civil war (anti-Napoleon). His famous works include Les Miserables and the English translated Hunchback of Notre Dame. It was in this house that he wrote inflammatory propaganda pamphlets against Napoleon Bonaparte. Most of his furniture items are still here.

The Martello Towers are what remains of the Channel Island’s ancient history. These citadels are the very remains of Vale Castle and Vale Church. The towers date back as early as the Norman period, where Viking-born Frenchmen began assimilating within the highest strata of English nobility and royalty after a series of invasions across the English Channel.